If one parent has primary custody, the paying parent will pay child support based upon his/her “gross income.” Nevada statutes set forth percentages that apply to base child support calculations. These percentages are as follows: one child, 18%; two children, 25%; three children, 29%; four children, 31%; for each additional child, add 2%.

That said, Nevada has presumptive maximum “caps” per child depending on the paying parent’s monthly income. Currently, these cap amounts are as set forth as follows: 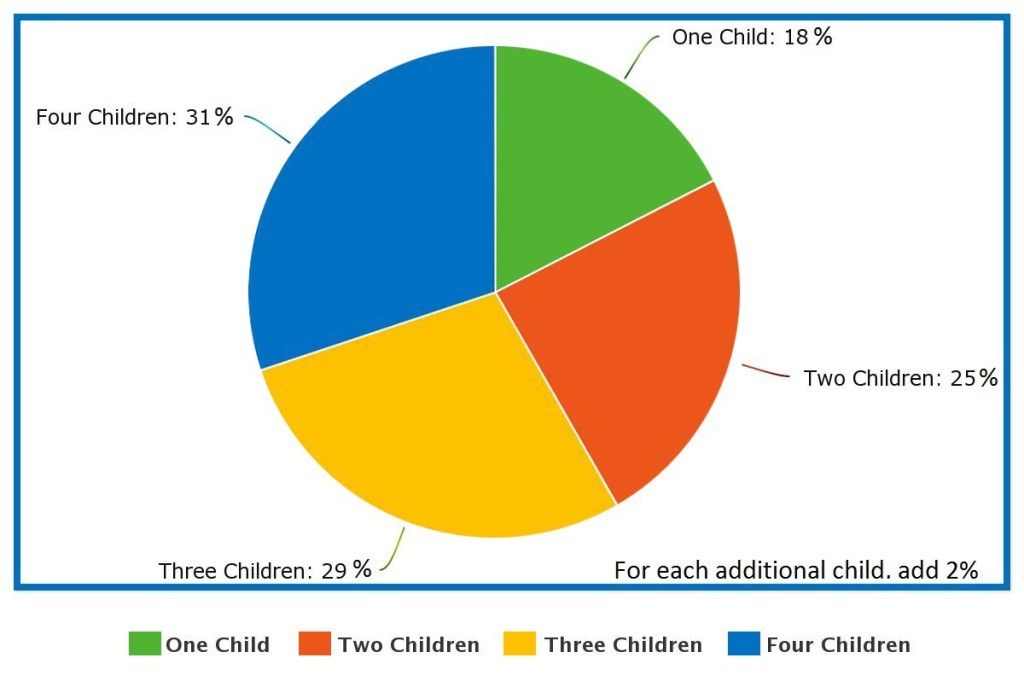 The court retains discretion to raise or reduce child support based on a variety of factors. These factors include, but are not limited to, the cost of child care, health insurance, special educational needs, the legal responsibility of the parent for the support of others and the cost of transportation.

If you have a case that involves child support, let divorce attorney Bruce Anderson, with 27 years of experience in dealing with these matters, assist you in ensuring that your child support issues are fairly dealt with.